On March 28, Mina Fedor, 12, organized a rally in Berkeley, California, with her friends Bee, Anna, Juno, and Mila. More than 1,200 people joined them. After the rally, the girls led a crowd onto a bridge over a freeway, where they posted signs that spelled “♥ Our Asian Community.” Cars passing below honked in support.

“We were grateful that so many people showed up,” Mina told TIME Edge. 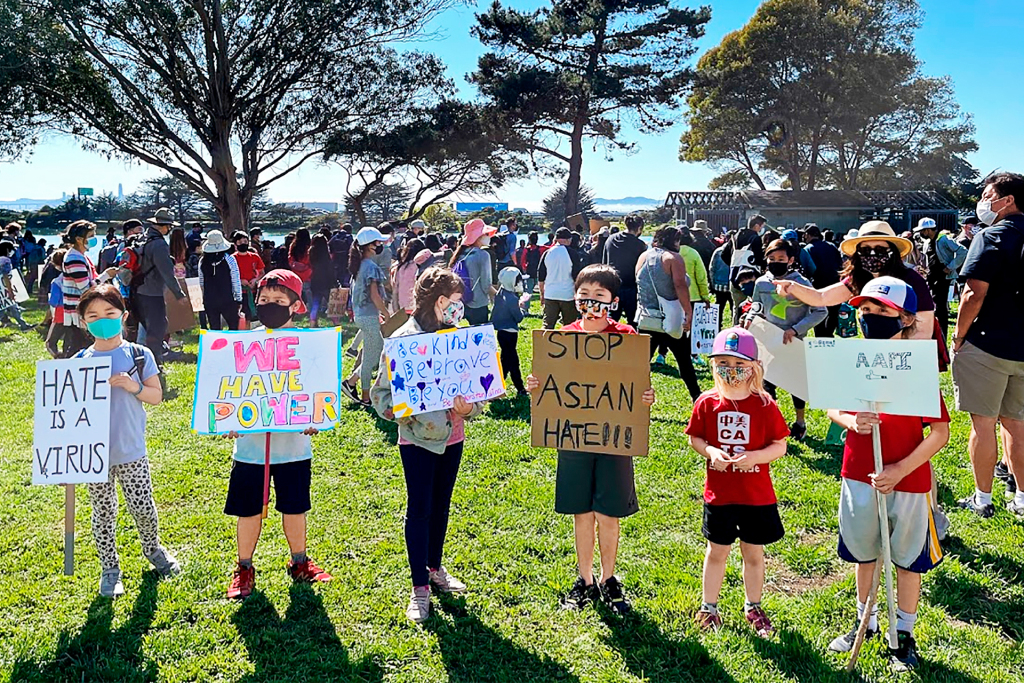 YOUNG VOICES Kids stand up against anti-Asian prejudice, in Berkeley, California, on March 28.

The attacks are fueled by a false belief that Asians are responsible for the coronavirus. The virus was first detected in China in late 2019, but no one person, group, or country is to blame for the pandemic. 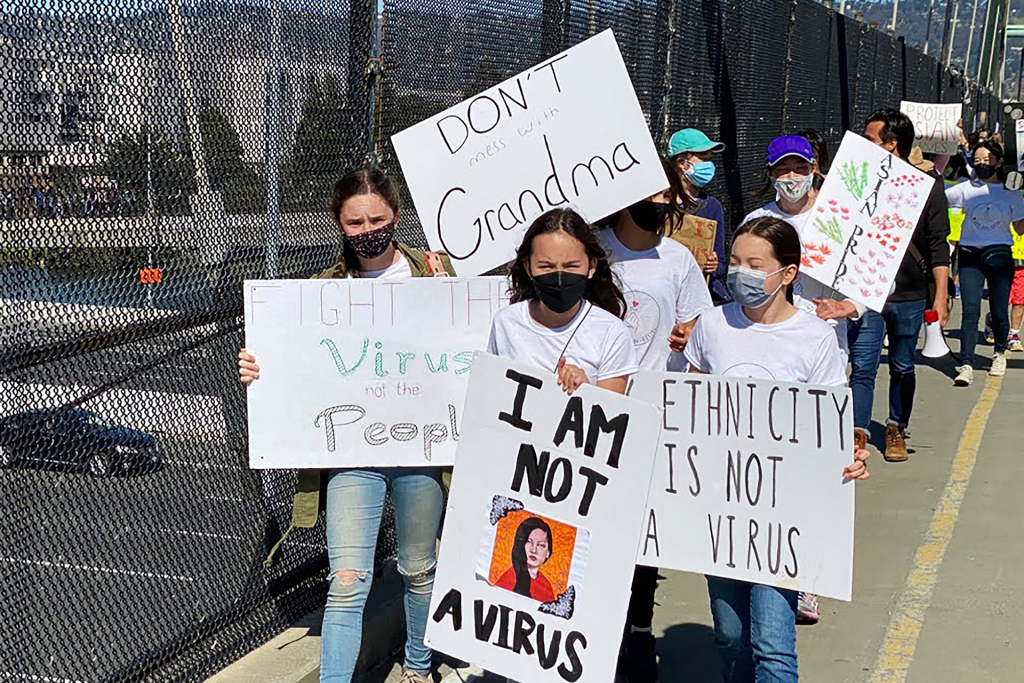 ON THE MARCH Mina Fedor (center) and friends lead a rally near San Francisco Bay on March 28.

Discrimination against Asians in the U.S. isn’t new. It began in the 1850s, when Chinese immigrants arrived and were seen as a threat to white workers’ jobs. In 1882, Congress passed the Chinese Exclusion Act, the first in a series of laws that banned most Chinese immigration until the 1940s. The laws told Asians they were not wanted, says Ellen Wu, a history professor at Indiana University. “Sometimes, Americans told Asians they were unwelcome through violence,” Wu told TIME Edge. “Ultimately, they expressed it in the law.”

Chinese people fought the Exclusion Act in court, and to this day, Asian Americans continue to advocate for themselves. “They have pushed back and stood up” for respectful treatment, Wu says.

Still, many people are unaware that Asians experience racism, because of a myth myth a false idea (noun) The student made sure that her report was based on facts and not myths. that Asians are more successful than other minority groups. In fact, Asians have been unfairly held up as an example to other groups (see “The Model Minority Myth”).

All of Us Together 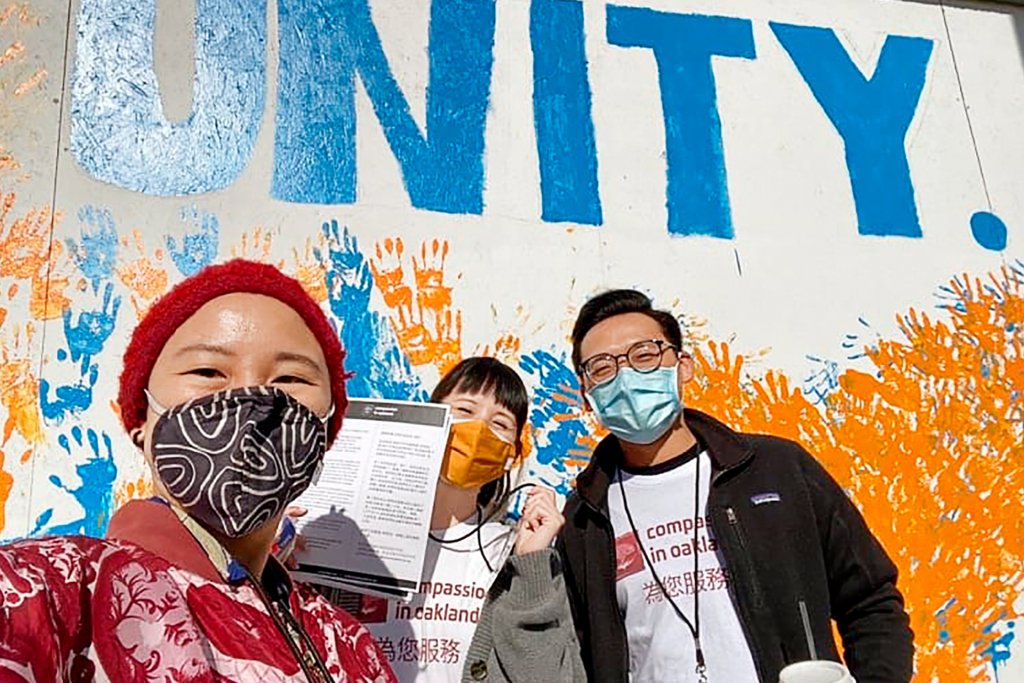 WE ARE ONE Compassion in Oakland volunteers pose for a photo while on neighborhood patrol in February.

Jessica Owyoung is a cofounder of Compassion in Oakland, in California, a group that pairs Asian-American elders with volunteers who accompany them around town. “Elders feel alone and scared,” Owyoung says. “The only way they are going to know that we hear them and see them is to physically be there for them.” 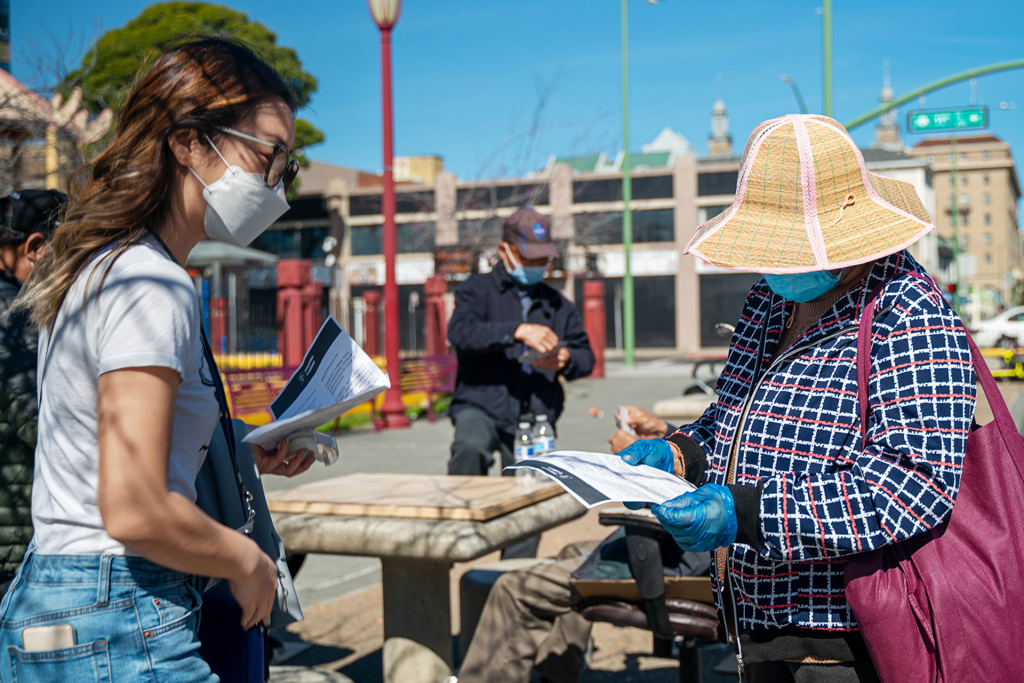 HELPING HAND A volunteer for Compassion in Oakland meets with an Asian-American elder in February.

On March 30, President Joe Biden announced anti-discrimination actions to benefit the AAPI community. “Hate can have no safe harbor in America,” Biden said on March 19. “It’s on all of us, all of us together, to make it stop.”

For Mina and her friends, showing you care can go a long way. “It’s important to be an ally ally a person or group that provides help or support in a struggle (noun) Marching in protests and making donations are two ways to be an ally to a community in need. ,” says Mina’s friend Mila. “We’re all doing our part to help the cause.” 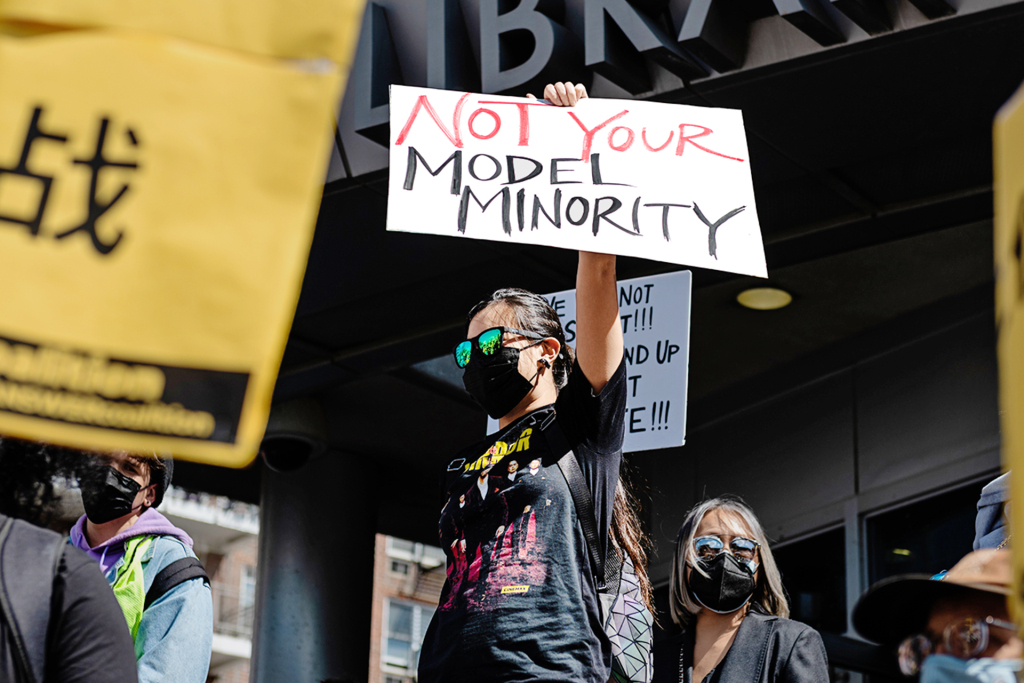 The myth also creates false beliefs about other groups. “Working hard and valuing education and family—these are values common to all communities,” Wu says.

“Believe in yourself.” “It’s okay to be different.” “If you’re feeling up high and unbalanced, think of groundhogs.” These are a few of the encouraging messages and words of wisdom callers hear when they dial the PepToc Hotline, part of… 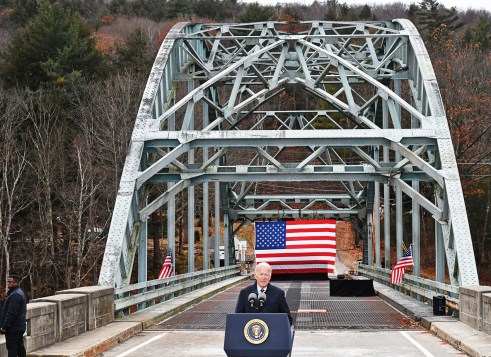 The White House issued a measure on April 18. It has to do with infrastructure—things like roads, bridges, water pipes, and high-speed Internet, which society needs in order to function smoothly. The measure requires new infrastructure projects to purchase materials… 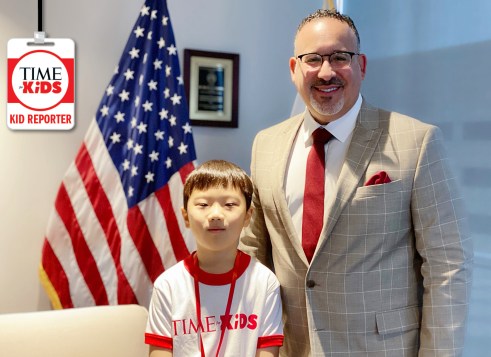 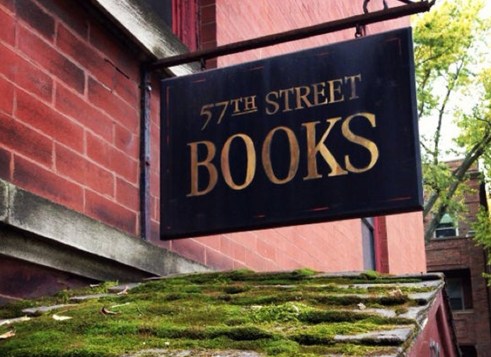 On March 14, 2020, the COVID-19 pandemic forced 57th Street Books, in Chicago, Illinois, to temporarily close its doors. The store wouldn’t reopen for nearly a year and a half, and during that time, director Jeff Deutsch was worried. Customers…